Untochebility is practised in Rayaghat village and the dead bodies of Scheduled Castes (Dalit) are not carried to the cremation ground on the village road. In the month of July, 2019 one Sita Sethi was terminally ill and the treating doctor declared that she may die any day. It was highly raing days and many parts of the village including the fields were submerged in water. Being apprehensive of the death of the patient, the dalits requested the village committee members to consider and allow carrying the dead body on the village road in case of her death. All the villagers (100 HH) assembled in a village meeting after their discussion, the committee members assured to communicate their decision later. But nothing was communicated to the dalit families.

The lady died in November. 2019 at late night at about 2 am. The dalit families asked the village committee members whether they can carry the body on the village road. There was no Communication from the committee; hence the body was carried on the village road by the dalits. After 5 days, the dalit families were summoned by the village committee and told that they have committed blunder. In a follow up village meeting members of 6 dalit families prostrated and bagged apology before the villagers, in a follow up village meeting a penalty of Rs 3.0 lakhs was imposed on the dalits. After 2/3 days, the villagers informed Anant to vacate the govt land measing Ao. 4 decimals occupied by him for over 30 years. He has applied for allotment of the land in his favour way back in 2017. After that he has been paying penalty towards unauthorised occupation of the land to the Revenue Inspector. Then social boycott was imposed on the dalit families; the village shop keeper stopped giving commodities to them and the land they were cultivating as share croppers were withdraw. The crops were taken by the land owners. Complaint was lodged in the Police Station. The dalits agreed to a discussion for amicable settlement. During the discussion the villagers demanded to vacate the govt. Land under the possession of the dalit families. There were attempts to resolve the matter, but failed.

On 5.6.2020, Anant  Sethi was repairing his gate and sum shed, the villagers asked him to stop the work. In the late evening villagers attacked Anants families  emmass, demolished their houses, looted bricks and stones stacked for house construction along with mobile sets, bicycle etc, also damaged the motor cycle, the family member including women were assaulted and sustained injuries. Written complaint was filed and registered as Brahmagiri Police Station case No. 83 dated 6.6.2020 under section 147, 148, 341, 294, 323, 427, 395, 506, 354-B, 149 IPC and  3(1)(r)(s)(2)(va) of SC & ST (PoA) Act. 9 accused persons were arrested and released on Bail. Anant Sethi was not staying in the village out of fear  of further attack for over 2 months, later he come back with assurance from local gentries. 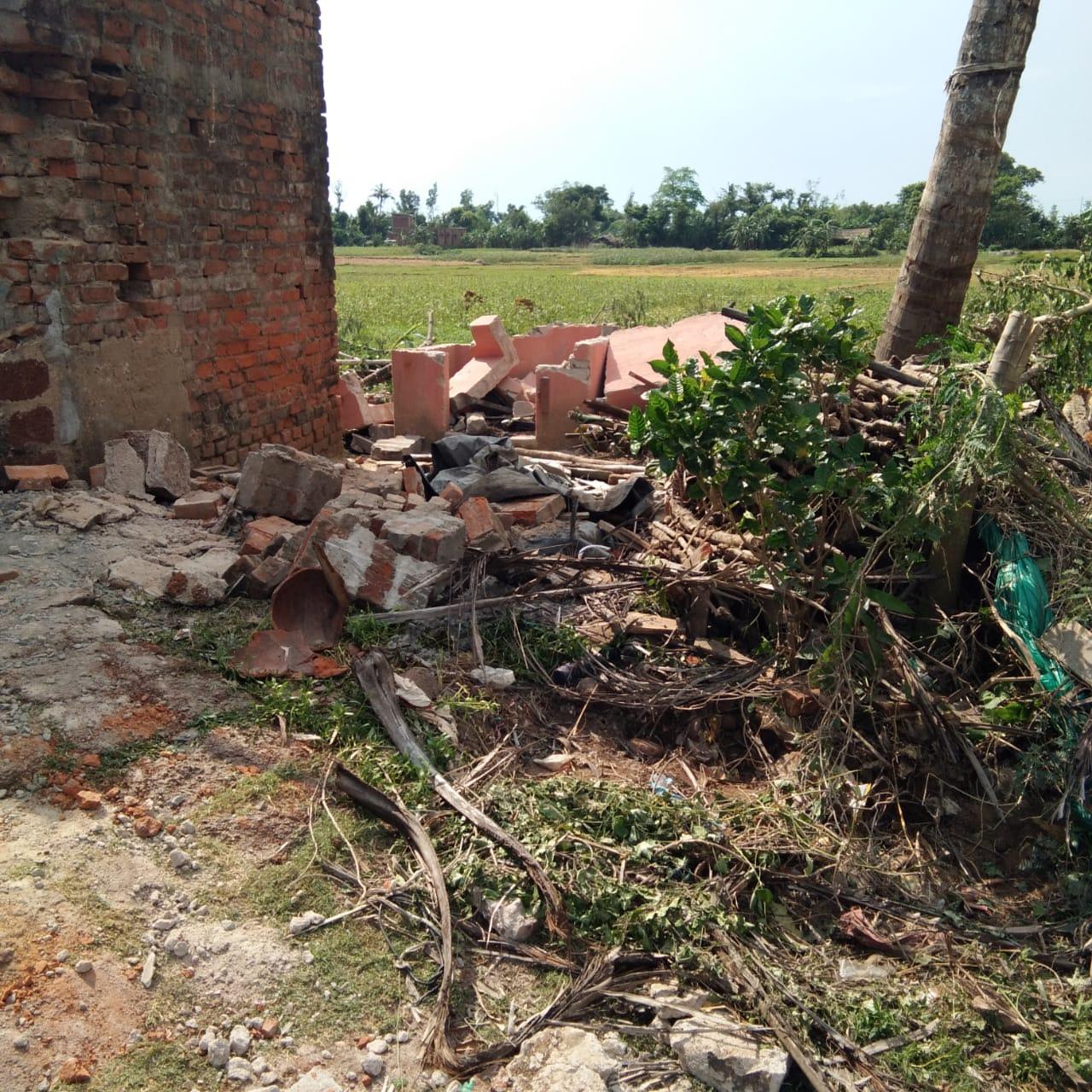 On 24.11.2020. Anant and other dalits hired a tractor to plough the field. The villagers did not allow the tractor to reach the field. This matter was informed to IIC, Brahmagiri and SDPO, Puri Sadar. Finally on 27.11.2020 they could plough the field. But the dalits are apprehensive of not being allowed to harvest the crop even if they continue cultivation. They are under constant fear.

It is observed that the dalits are subjected to atrocities in various way, I.e, denial to use village road freely, imposition of huge penalty by village committee for using the public road to carry the dead body of their near and dear ones, imposition of social boycott, mass attack, house demolition, loot, damage to property, assault, outraging modesty, intimidation, forced to leave his house and village, denial to practice the profession of cultivation etc Moreover, the dalit families are under constant fear.